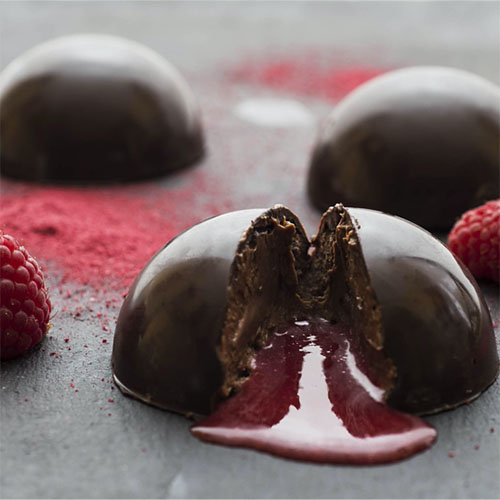 You can serve these light chocolate mousses with raspberry coulis centres in ramekins or you can put them in moulds in a chocolate case and turn them out.

300g of c.88% dark chocolate*. Willie suggests Chulucanas 70 as it has the perfect fruitiness to go with the raspberries

For the chocolate cases:

To prepare the chocolate cases, melt dark chocolate in a bowl over simmering water and brush the melted chocolate in the silicone  moulds- put in the fridge until set and hard.

Beat the egg yolks with ½ the sugar.

Beat the egg whites with the other ½ of the sugar until they form soft peaks.

Melt the chocolate in a bain marie.

Combine the chocolate with the egg yolk mixture, then add the lightly whipped cream.

Place in your mould  or ramekin, then pipe raspberry coulis into the centre of the mousse, and for more dramatic effect bring the coulis all the way up to the surface to form a small red dot.

If you are turning out the mousse, keep them in the fridge for an hour first. 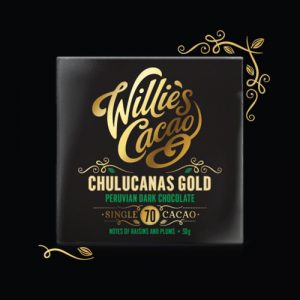 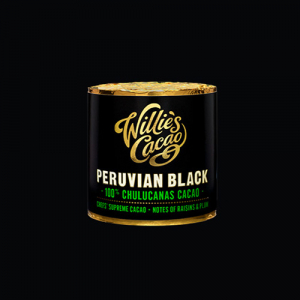 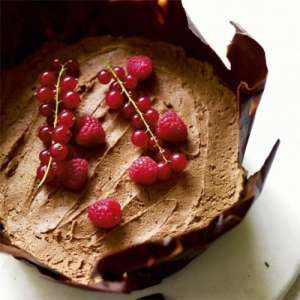 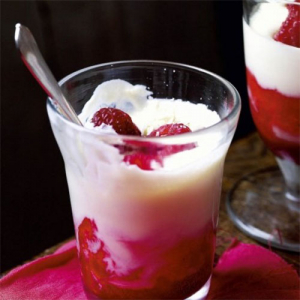