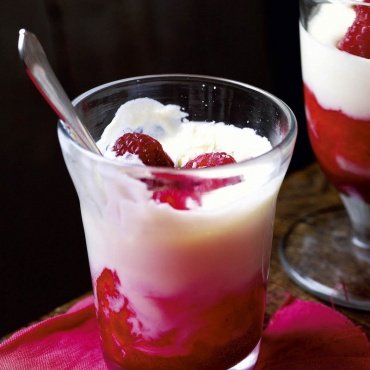 Delicious, delightful and totally decadent, make this whenever you want to wow your guests.

It looks stunningly beautiful and the Kirsch gives it a real kick, as well as a touch of luxury that marries well with the raspberries and white chocolate.

Set aside 6 of the largest raspberries to use as a garnish and push the rest through a sieve, using the back of a spoon. Stir raw cane sugar to taste and 1 tablespoon Kirsch into the berry pulp. Set aside.

Melt the chocolate with the remaining Kirsch and tablespoon of cold water in a heatproof bowl set over a pan of gently simmering water, making sure the bottom of the bowl is not in contact with the hot water. Stir until well combined and smooth. Take off the heat and set aside to cool slightly.

Whisk the egg whites with the salt until they form stiff peaks, then set aside Whisk the cream until it is just starting to thicken, but you can still swill it around the bowl. Don’t over whip.

Divide the raspberry sauce between six tall serving glasses. Spoon the mousse mixture over the sauce, which should automatically swirl around the mousse creating a rippled effect.

Garnish with afresh raspberry and a mint or geranium leaf. Chill for at least 2 hours before serving. The desserts keeps well up to 3 days in the fridge. 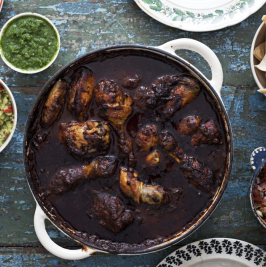 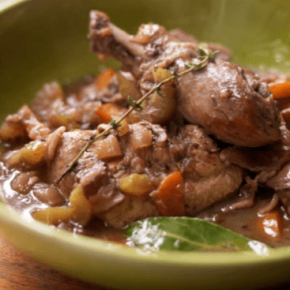 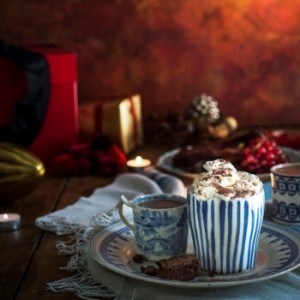 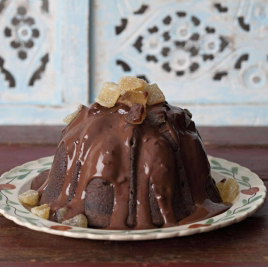 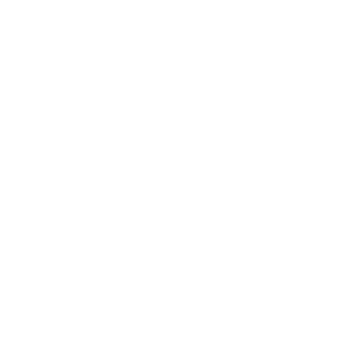