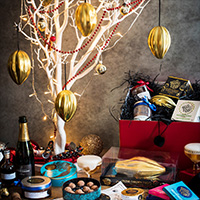 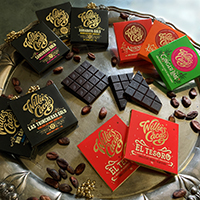 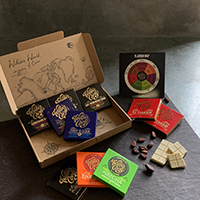 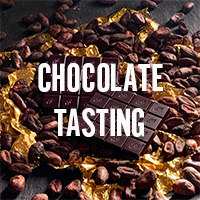 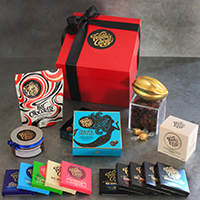 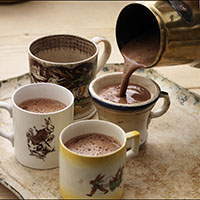 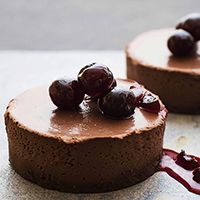 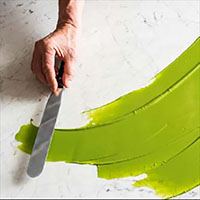 WHERE IS WILLIE HARCOURT-COOZE NOW? 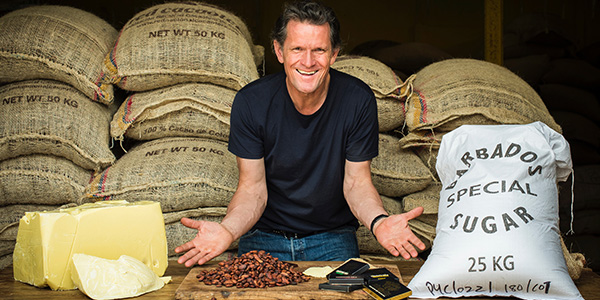 Willie Harcourt-Cooze is fondly remembered for his two TV series Willie’s Wonky Chocolate Factory and The Chocolate Revolution on Channel 4 in 2009. We watched him start his journey, from Venezuela to Devon, on a mission to create  the world’s best  chocolate. He was determined to create chocolates that were all about the flavour of the bean, and completely natural.

Being a purist, the first actual product he decided to launch was 100% cacao! Yes 100% cacao with no added sugar, because this is the building block of everything chocolate. It took off! Grating 100% cacao into Spaghetti Bolognese, gravies and casseroles became a thing!

Viewers followed avidly as he sourced the right antique machines. Many chewed fingernails as he went, cap in hand, to the bank for a loan to follow his passion and to bring the 100% cacao to the market. All of us celebrated as he pitched to retailers and received the best news, they would stock his chocolate! We all followed his journeys as he sourced the very best beans from Venezuela to Colombia, the long road trips, the anecdotes, the amusing stories, the vibrant infectious personality of Willie Harcourt-Cooze. Many of us bought his bestselling book The Chocolate Bible to recreate his unique chocolate recipes, and lots of us continued to search the shelves for developments in Willie’s Cacao chocolate, extensions of the delicious range, and new products to try, all sharing the ethos of being 100% natural using the very best beans in the world, and making the cocoa bean the hero of the bar.

Many fans and customers on social media have asked what happened next to Willie Harcourt-Cooze once the cameras stopped rolling. Lots of people have demanded that Willie comes back to the TV to share his adventures in the chocolate factory. What did happen next to Willie, did he find his new life plain sailing, or has he had a turbulent time as he’s grown Willie’s Cacao to house over 50 different chocolates.

Willie’s passion for creating the best bean to bar, single estate chocolate has never waned, chocolate is his life and work, he is the ultimate chocolate pioneer. When the cameras stopped rolling, Willie continued at a hundred miles per hour, creating, tasting, developing, imagining, selling, travelling, sourcing, producing, teaching and sharing his love of the cocoa bean. There have been many obstacles and Willie has tackled one at a time, from machine breakdowns, to stuck bean deliveries.

The heart of his range remains his single estate dark chocolate bars each one perfectly reflecting the flavour notes of the fine cacao it is made from. They are like fine wines.

So for two or three months a year Willie is on the road. Travelling off grid deep into jungles in search of beautiful beans. The best chocolate comes at a price and not just in money! In Willie’s case on his bean travels he has caught malaria, been subject of an attempted car jacking and found himself deep the heartland of the ELN in Colombia. This was so surprising to the people he met back in Bogota that he was interviewed on national television about it.

He personally visits every farmer he buys beans from. This means they can discuss exactly how the post harvest fermenting and drying is done which is a key part of flavour development. It can be a real eye opener for the farmers to actually taste the chocolates he makes from their beans. They taste all the different bars and inevitably think their own is the best!

Being a cacao farmer himself, the farmers are at the heart of Willie’s Cacao. Willie buys all his beans Direct Trade, so all the money goes directly to them and he never pays less than $500 / tonne over world cocoa prices. That is a lot on a 25 tonne container and Fair Trade pay just $200 / tonne.

As the Willie’s Cacao chocolate range grew, so did the sacks of beans and so did the factory. One chicken shed became two and three and four!

Today Willie can be found elbow deep in chocolate in his factory in Devon, fixing machines, or pacing the office talking loudly in Spanish to one of the farmers. He is usually wearing a hair net as he rushes from the roasting room to the powder room to the office. He has a host of mini conche refiners whirring as he trials new beans or experiments with new chocolates. If he’s lost, he’s easily found, just follow the unique Willie Harcourt-Cooze sound!

He now has such a collection of antique machines, that he has more that are not used than are used!  Some of the small ones he uses for trials. He never stops experimenting. He used to give the results of these experiments to friends and family, but now he sells small quantities of his new inventions as  minimally packaged “Kitchen Products” on his website. His new Hot Chocolate and Praline Truffles started their life here. Don’t miss his Cacao Nib Brandy. Rio Caribe cacao nibs soaked in artisan cognac. Drink it on its own or make Cacao Champagne cocktails.

He can also be found around the world at trade shows, giving bean to bar talks or doing cookery demonstrations. Always spreading the word about the benefits and eye opening taste of real chocolate.

These travels and his bean buying trips means he is constantly coming back with new ingredients from far flung places. You can find out about a recent trip to visit one of the best Japanese tea farmers in Uji in the Matcha blog.

Willie never compromises on the quality of his ingredients. Perhaps because of his childhood living a virtually self sufficient existence with his large family on an island off Southern Ireland, his natural instinct is to make everything from scratch. As a child he evaporated off sea water to make salt and milled his own grains on the back of a tractor. Now rather than buying a hazelnut paste, he buys whole hazelnuts and roasts and grinds them himself to capture that precious freshly roasted taste.  He makes his sea salt caramel like they do in restaurants, caramelising the sugar, clarifying the butter and adding fresh double cream. No corners are cut in The Chocolate Factory!

From time to time Willie does live events on zoom. Keep a watch on Facebook or the Events page on the website. This is your chance to get a glimpse into The Chocolate Factory and ask all your chocolatey questions.

We’ll have another update for you in ten year’s time! 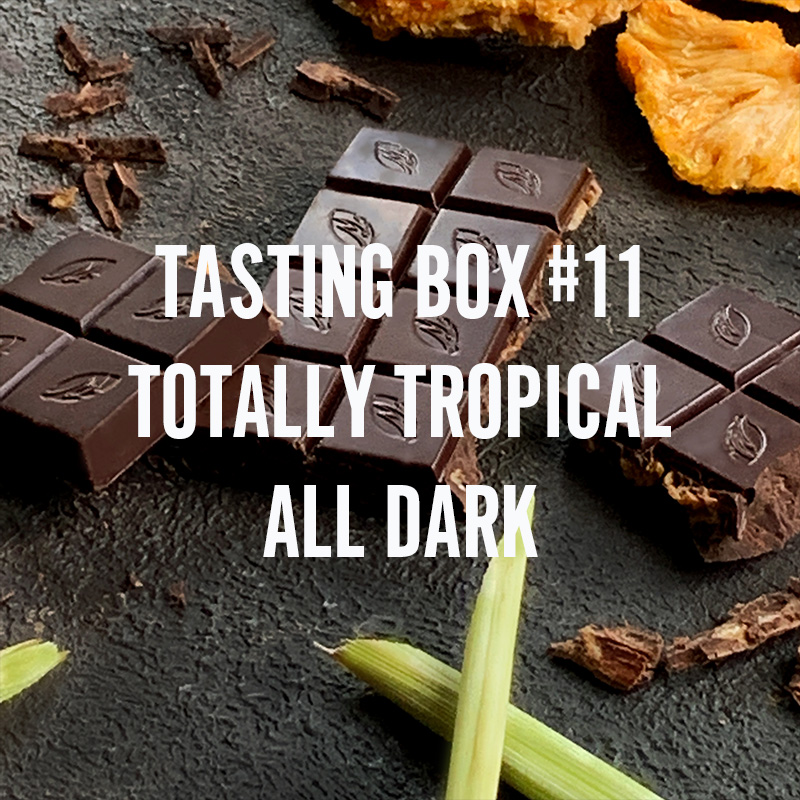 This month the Magnificent Creations are a palm-fringed beach in chocolate form. Imagine you’re lying on the warm sand, a […] 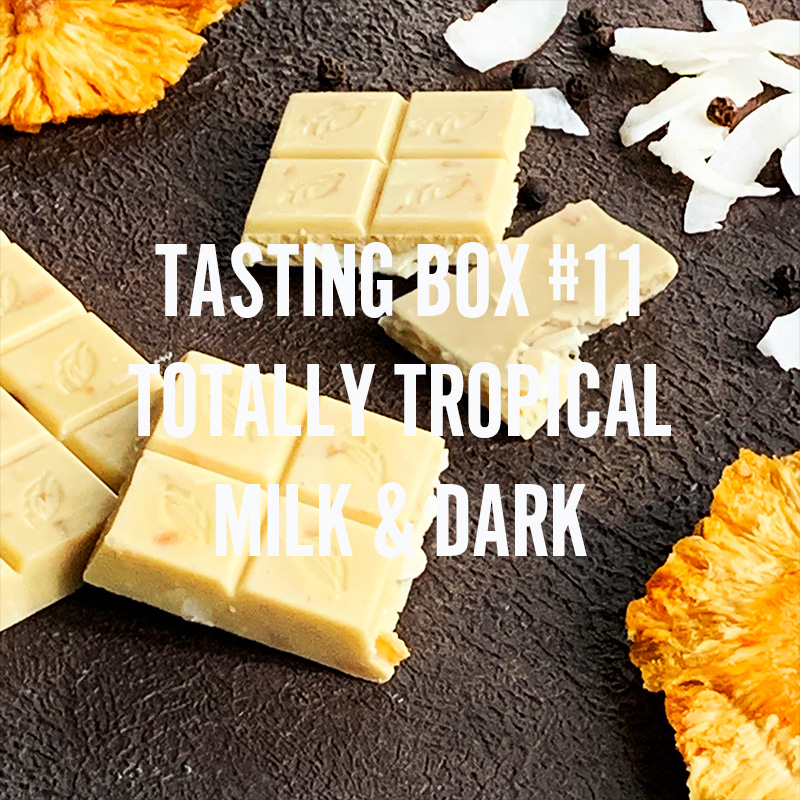 This month the Magnificent Creations are a palm-fringed beach in chocolate form. Imagine you’re lying on the warm sand, a gentle breeze swaying in the branches […] 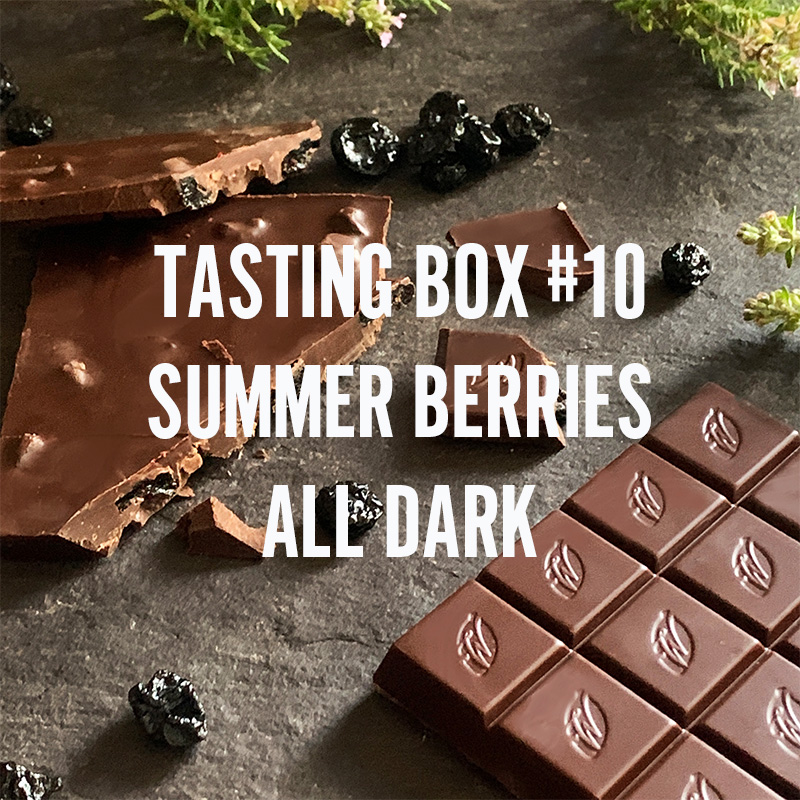 Close your eyes and think of summer in the British countryside… the smell of freshly cut grass, trailing plants laden […]
1 2 3 … 9 Next »
Customer Services
Terms & ConditionsPrivacy PolicyWhere to buyContact Us
About us
Shop FAQsSite Map
Your Account
Shipping InformationMy Account
Follow Us