I am constantly on a quest, often travelling deep into the jungle, seeking out the long forgotten flavours of the world’s great single estate cacaos. For me, making chocolate is all about rediscovering the real taste, textures and life-giving properties of a food that has been revered for thousands of years, but has somehow lost its way in the modern, commercial market. Every month people send me samples of beans to have a look at, but the real fun is in heading off into the jungles of the world.

I have treasured memories associated with each bean. Some are of the adventures on the road, many are of the people who grow them, but always they are of those heart stopping moments of discovery and delight when I first taste them.

The definition of single estate for us is a single type of cacao grown on a single farm, or a collection of small farmers growing the same type of beans and doing all the post-harvest fermenting and drying together.

These are the cacaos that I am currently using: 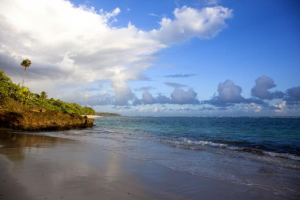 To my delight I found that Baracoa lies on the natural harbour of the Bay of Honey (Bahía de Miel). For years I had been describing the honeyed notes of this cacao, and then I discover that generations of Cubans before me must have been tasting the same beans in the same way. It’s poetic.

To find Baracoa and the Bay of Honey, you have to journey to the windblown far eastern tip of Cuba, said to be the first land Christopher Colombus set foot on after his first crossing of the Atlantic. He is said to have described it as the most beautiful place in the world, ‘I heard the birds sing that they will never leave this place.’

This beautiful criollo bean dances to an ancient Cuban beat. 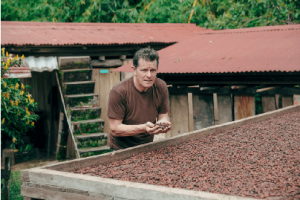 Over the past year, thanks to my friend Marisol, I have tasted nearly 20 beans from different parts of Colombia. The quality and variety are exceptional, in fact there are very few countries in the world with such diversity. I chose this bean to make my 88% bar because it is so immensely smooth even at such a high % of cacao, but my head remains full of past temptations, and before long I plan to be bringing a number of different cacaos out of Colombia. 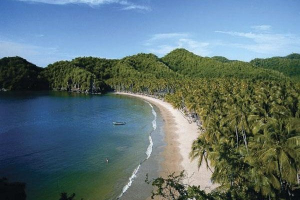 My favourite road trip runs ten hours east from Caracas along the magical Caribbean coast to the Paria peninsula and the sleepy village of Rio Caribe. Rio Caribe is on the north eastern side of Venezuela. They take their name from the small fishing port of Rio Caribe on the Paria Peninsula, which is sometimes called the “chocolate coast”. 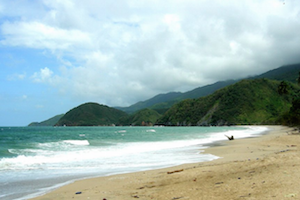 This was one of the original three amigos, complementing the deep, dark Rio Caribe and deeply fruity Peruvian. The beans are sourced from Barlovento which means ‘windward’ and refers to a coastal stretch of Venezuela east of Caracas where the humid winds blow continuously onto the land. Carenero refers to the port it was once shipped from and Superior to the quality of the beans. The flavour notes of the bars are of nut and spice and are full bodied with a strong chocolaty taste 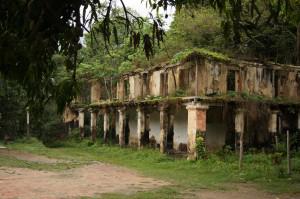 This bar is made from beans which come from a very old hacienda that produces fantastic beans and has been helped by the Terra Viva Foundation, a Venezuelan non-governmental organisation that encourages sustainable development through environmental programmes. I visited this Hacienda many years ago and tried to buy the beans then and have now finally been able to purchase them.  They are exceptional and produce a bar with smooth nutty notes. 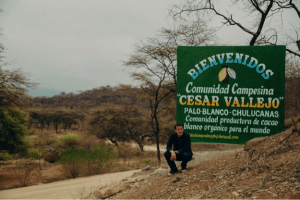 Peru holds a special place in my heart. Aside from being the first country I visited in South America, it’s home to a remarkable bean from Chulucanas, a native Piura criollo bean, with its distinctive notes of raisins and plums. 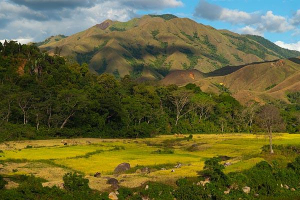 There is only one cacao producing area in Madagascar – in the north west of the country, either side of the river Sambirano. Madagascar, famed for its remarkable biodiversity, with much of its plant and animal life unique to the island, is well known for its superior cacao. The beans produce a bar with a wonderful flavour bursting with juicy summer fruits. Cacao arrived on the island as seedlings from Venezuela 100 years ago, but has now developed its own highly distinctive flavour. 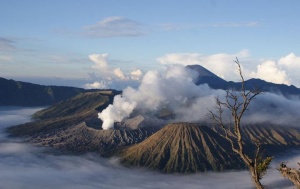 Indonesia is the world’s third largest producer of cacao. Our Javan beans are produced by a state owned plantation, who account for 8% of Indonesia’s production, and who are the growers of the most sophisticated and fine flavoured beans produced there. These beans are born in the volcanic soils of Surabaya, towered over by the fearsomely beautiful and still active Mount Bromo. 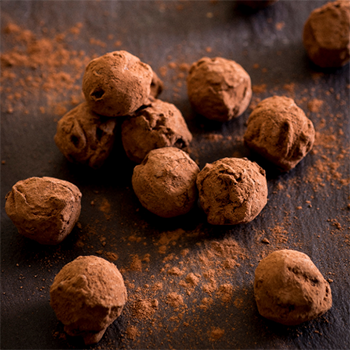